The emerald island of Thassos is also part of the Greek Mythology; it is the homeric island of the Sirens.

Lying close to the coast of Eastern Macedonia, Thassos was inhabited from the Palaeolithic period onwards. A settlement that has been explored in detail is at Limenaria; remains from the Middle and Late Neolithic era relate closely to those found at the mainland’s Drama plain.

Early Bronze Age remains, at Skala Sotiros, connect the island to the Aegean culture of the Cyclades and Sporades.

Earlier activity is also demonstrated by the presence of large pieces of megalithic anthropomorphic stelai (columns) built into these walls, which, so far, have no parallels in the Aegean area.

Findings of the end of the Bronze Age show that the first burials took place at the large cemetery of Kastri, in the interior of the island. Tombs covered with small mound of earth were typical until the end of the Iron Age. In the earliest tombs, the hand-made pottery with incised decoration reflects connections with Thrace and beyond.

Phoenicians, attracted probably by the gold mines, colonised Thassos and founded a temple to the god Melqart. Thassos or Thassus, son of Phoenix (or of Agenor, according to Pausanias) was said to have been the leader of the Phoenicians, and to have given his name to the island.

Greeks identified Melqart as “Tyrian Heracles”, and his cult was merged with Heracles in the course of the island’s Hellenisation. This temple still existed in the time of Herodotus. He says that the best gold mines were those opened by the Phoenicians on the east side of the island, facing Samothrace.

Thassos Mythology – the island of Sirens

The island of Thassos is considered to be the mythical island of the Sirens, mentioned in Homer’s Odyssey.

The Sirens were considered to have such a beautiful voice that every man who heard them sing, fell under their spell. They would afterwards devour the enchanted one.

The Sirens that tried to enchant Odysseus (Ulysses) were supposed to be living in Thassos. 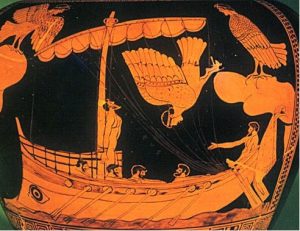 Another myth connects Thassos to the brother of Europa, who arrived on the island in search of his sister that had been stolen by Zeus.

Greeks from the island of Paros founded a colony on Thassos, around 650 BC. The power of Thassos, and sources of its wealth, extended to the mainland; the gold mines produced annual revenues of 200 – 300 talents. The timber, nuts and marble of Thassos were well known. The wine was also quite famous; a Thassian coin had the head of the wine god Dionysus on one side and bunches of grape of the other.

Thassos became important during the Ionian Revolt against Persia. After the capture of Miletus (494 BC), the Ionian leader Histiaeus laid siege. The attack failed, but warned by the danger, the Thassians employed their revenues to build war ships and strengthen their fortifications. This excited the suspicions of the Persians, and Darius compelled them to surrender their ships and pull down their walls. Following the defeat of Xerxes in Salamina (480 BC), the Thassians joined the League of Delos; but they revolted afterwards, on account of a difference about the mines and marts on the mainland.

The Athenians defeated them by sea, and took the capital after a siege that lasted more than two years, in 463 BC. They compelled the Thassians to destroy their walls, surrender their ships, pay an indemnity and an annual contribution, and resign their possessions on the mainland. In 411 BC, Thassos again revolted from Athens and received a Spartan governor; but in 407 BC the partisans of Lacedaemon were expelled, and the Athenians under Thrasybulus were admitted.

After the Battle of Aegos Potami (405 BC), Thassos fell again to the Lacedaemonians under Lysander who formed a decarchy to rule; but the Athenians recovered it, and it formed one of the subjects of dispute between them and Philip II of Macedonia.

In the embroilment between Philip V of Macedonia and the Romans, Thasos submitted to Philip, but received its freedom at the hands of the Romans after the Battle of Cynoscephalae (197 BC), and it was still a “free” state in the time of Pliny.

On 1902, archaeologist Theodore Bent discovered the tomb of Cassius, who slew himself after the disastrous defeat at the Battle of Philippi in 42 B.C. Cassius was buried by Brutus at Thassos, where the army of the Republic had established its base of supplies.

The ancient theatre was constructed in a natural cavity of a hill near Limenas. The first excavation took place in 1921 by a French Archaeological School. The hollowness of the rock was revealed along with the orchestra, the parodos and a part of a scene.

At the beginning of the 3rd century B.C. the forefront of the scene was built by marble and the foreground was dedicated to Dionysus. In the 1st century A.D., the theatre was used for duels; the orchestra was converted into an arena and the parodos was shut by doors. The seats were renovated.

Nowadays, the ancient theatre hosts the local festival of Thassos; concerts and performances take place over the year. The theatre has a great panoramic view and a capacity of 2000 spectators.

The island was a major source of marble until the disruption of the Slavic invasions in the 6th and 7th century.

The island remained in Byzantine hands for most of the Middle Ages. It functioned as a naval base in the 13th century, under its own douc, and came briefly under the rule of the Genoese Tedisio Zaccaria (1307–1313).

Returning to Byzantine control, its bishopric was raised to an archdiocese by Emperor Manuel II Palaiologos.

On 1434, the Genoese Gattilusi family captured Thassos, and surrendered it to the Ottoman Empire in 1455.

Several Byzantine churches from Late Antiquity, as well as Monasteries, can be visited in Thassos.

In 1456, Thassos was incorporated into the Ottoman Empire. Under the Ottoman rule, the island was known as Taşöz.

Between 1770 and 1774, a Russian fleet briefly occupied the island.

In 1821, the islanders tried to participate in the Greek War of Independence, led by Hatzigiorgis Metaxas, but failed.

In the late 1820’s, the island was given to Muhammad Ali of Egypt, as a reward for the Egyptian intervention in the War of Greek Independence. Muhammad Ali had either been born or spent his infancy on Thassos and Egyptian rule was relatively benign. The island became prosperous, until 1908, when the New Turk regime asserted Turkish control.

Thassos was a kaza (sub-province) of the Sanjak of Drama in the Salonica Vilayet, until the Balkan Wars.

Although Thassians participated in the Greek revolution of 1821, due to neighbouring with the Ottoman capital Constantinople, it took another 91 years for Macedonia and Thassos to be liberated.

On October 18, 1912, a Squadron of the Greek Royal Navy liberated the island of Thassos. The Squadron consisted of the Battleships “Hydra” and “Spetsai|, the Destroyers “Thyella” and “Loghi” and the Troops Transproter “Pelops”; an infantry detachment from the latter, under Army Cpt D. Kontaratos, landed at 8:00 am and captured the island’s Ottoman authorities. From that day Thassos was reunited with Greece, and it remained so ever since.

A special gem of the island is the Archaeological Museum. It is located in the capital, Limenas. It boasts amazing displays of ancient findings from Thassos, with an incredibly passionate team of staff who enjoy sharing their knowledge and passion with visitors. 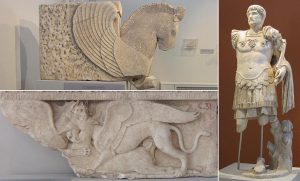 The majority of museums on Thassos are of culture and folklore, providing interesting insight on the every day life of the island’s residents of the past. There are also museums of agriculture, where you can learn about olive oil and honey as well as traditional and modern methods of production. 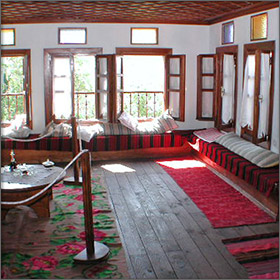 […] Archaeological Museum mirrors the ancient civilisation of the island. It houses vast collections of unique wealth, from 7th century BC up to 7th century […]